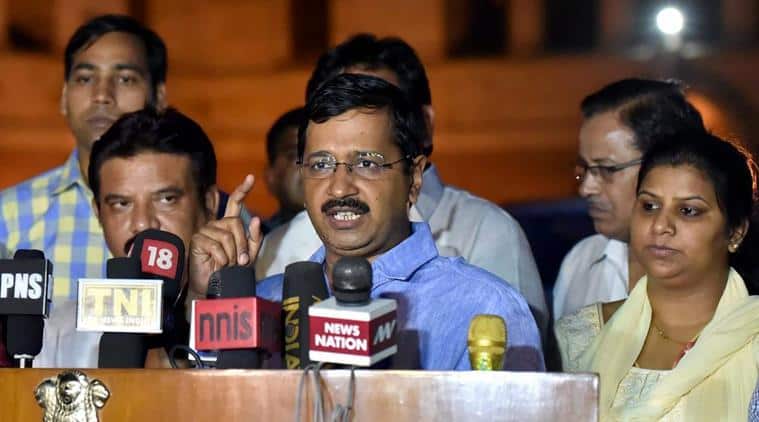 Arvind Kejriwal went on to request Prime Minsiter Narendra Modi with ‘folded hands’ to target him instead of making the people of Delhi suffer.

Hitting back at the BJP and Congress over their demand to disqualify the 21 AAP MLAs appointed as Parliamentary Secretaries, Chief Minister Arvind Kerjriwal on Wednesday said that it is ‘legal’ when they do it and ‘illegal’ when AAP does it.

“When BJP used to have Parliamentary Secretaries, then its ‘legal’ but when we do it, its ‘illegal’,” said Kejriwal.

He went on to request Prime Minsiter Narendra Modi with ‘folded hands’ to target him instead of making the people of Delhi suffer.

“Want to request Modiji with folded hands that do whatever you want to me but don’t let the people of Delhi suffer,” said Kejriwal.

Kejriwal praised his team of parliamentary secretaries for their work towards the completion of 8,000 new classrooms. He even praised their efforts in making mohalla clinics a success.

A petition was filed before the Delhi High Court challenging the appointment of the 21 AAP MLAs to the post. The 21 MLAs could face disqualification if the Election Commission finds them guilty of holding an office of profit.

Newspaper is your news, entertainment, music fashion website. We provide you with the latest breaking news and videos straight from the entertainment industry.